#Life in Bangkok: An Introduction

For those of you who somehow stumbled upon this blog and don't know who I am, I've titled this post [#Life in Bangkok] because I am not originally from Thailand. I'm from a tiny island called Singapore, and no that's not a city in China, Malaysia or Europe. Singapore is a beautiful city-state located in South East Asia. I've moved to Bangkok in late November 2013 and am pretty much alone quite a bit because my boyfriend travels a lot for work. Thankfully I've now got a gorgeous Maltese puppy named Bella to keep me accompany. 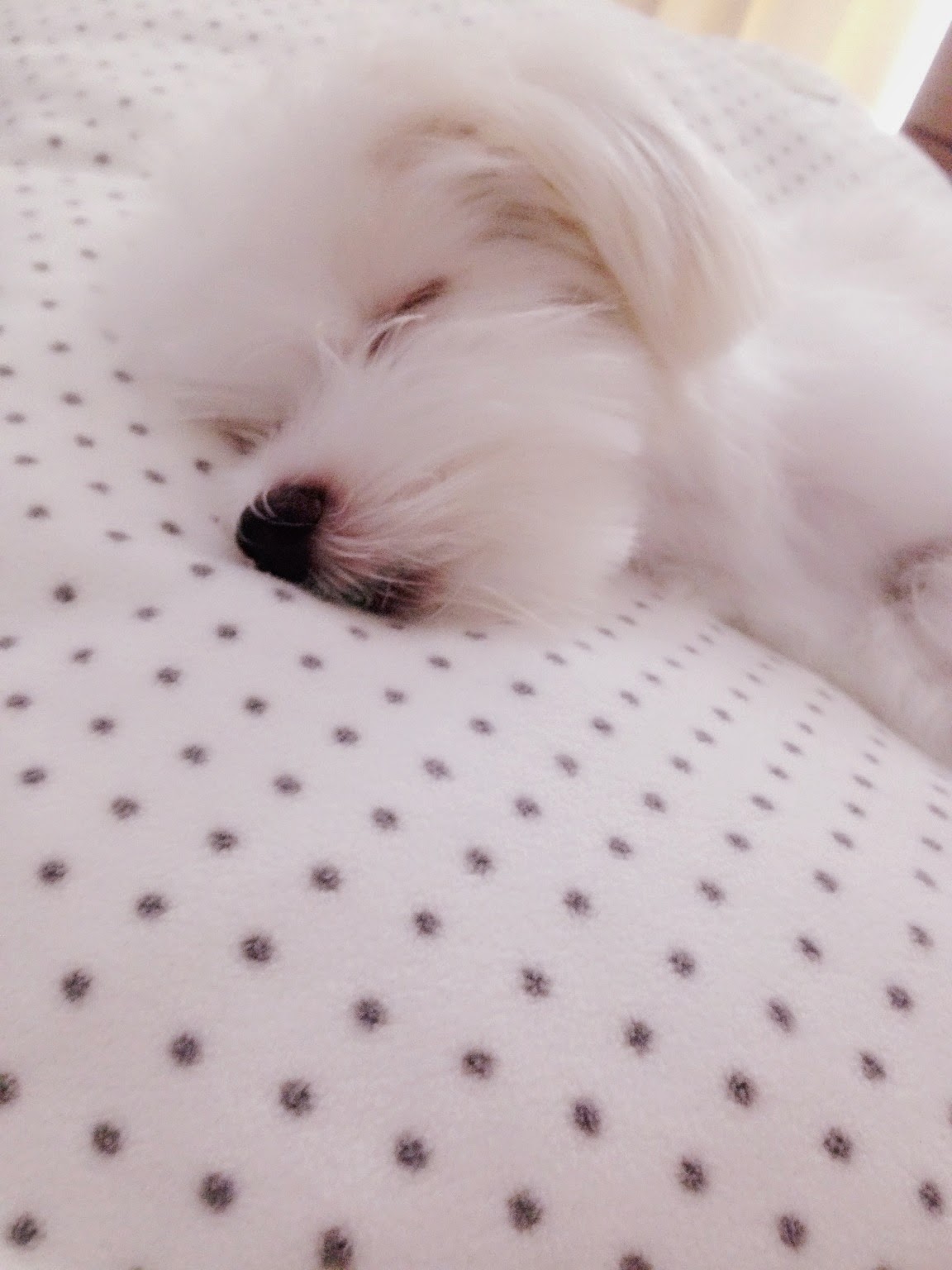 What an angel when she sleeps 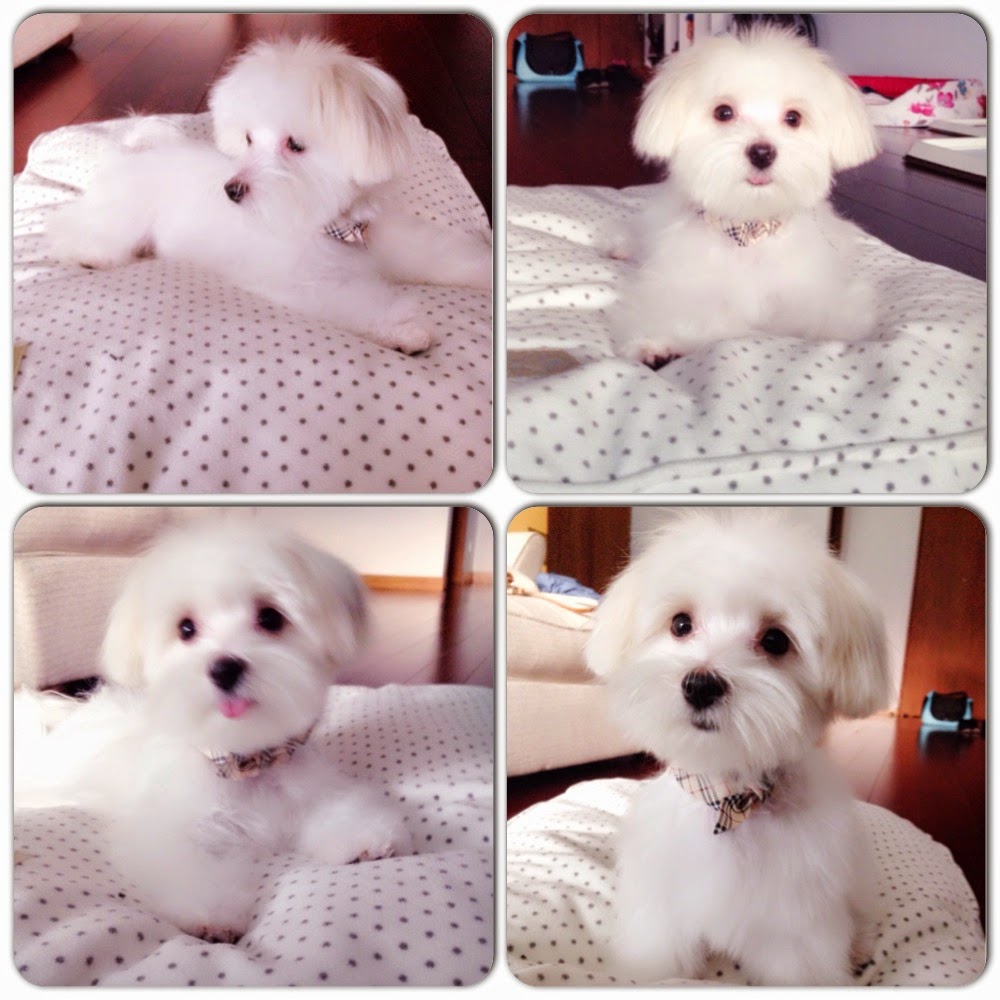 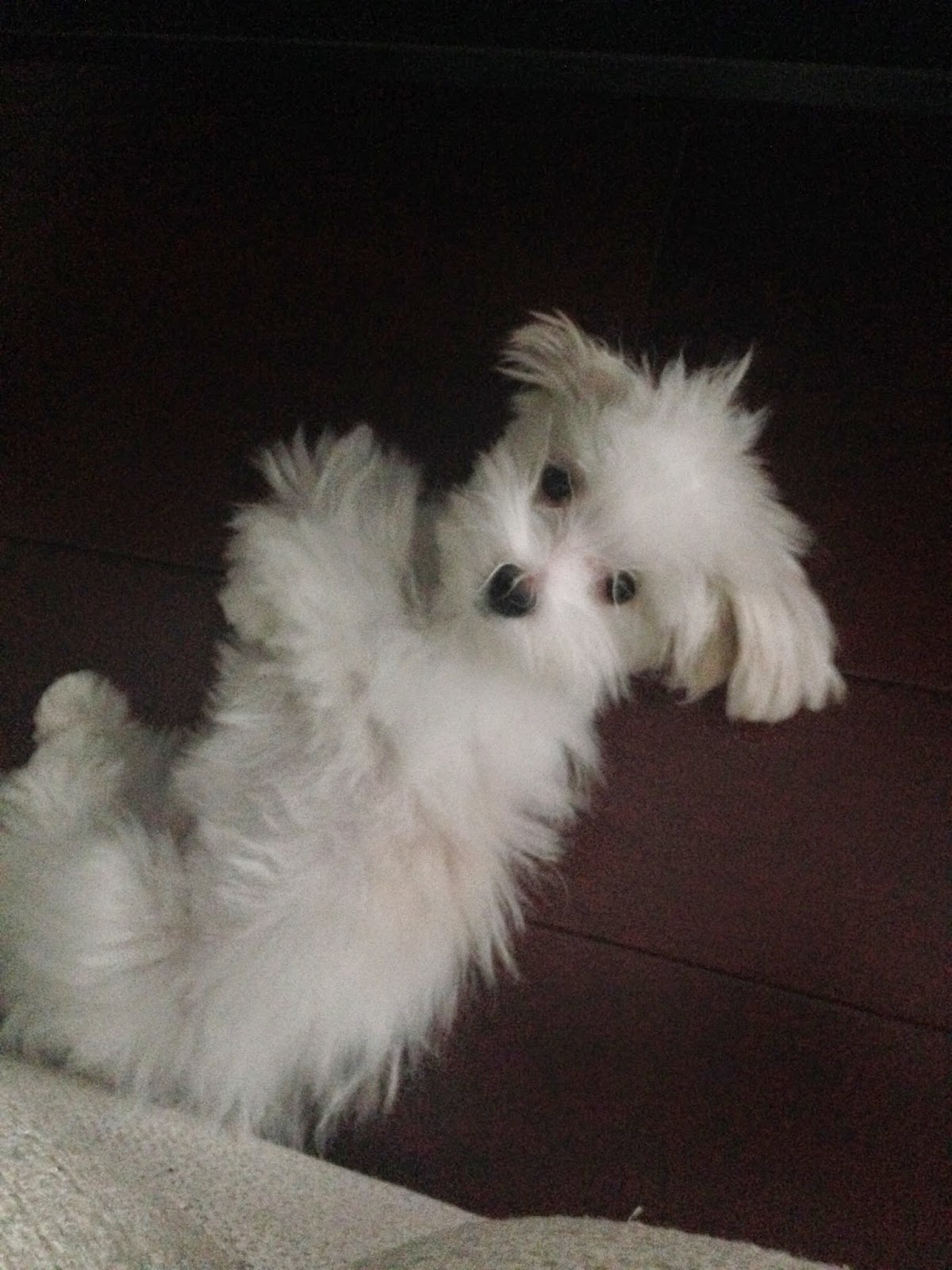 
I've decided to start a blog (again) because I've quite a lot of spare time on my hands when I'm alone at home. Truth be told, I am alone quite a lot too because I haven't got friends and family in this country. In fact, I haven't got much friends to hang out with in Bangkok because it's quite difficult to make friends here. I don't speak Thai fluently so I find it hard to make friends with Thai people, and to the Westerners here, I look Thai/Japanese/Korean, so they probably get the impression that I don't speak English. When I walk around the city alone, I do hear the occasional lah, lor, leh from Singaporean tourists because a lot of Singaporeans love Bangkok! Singapore is only about 2.5 hours away from Bangkok, so it's one of Singaporean's favourite weekend holiday destination.

However, I've only met one Singaporean so far in my time here who is actually living in this city like me. While the Japanese and Korean community is huge in Bangkok and it's easy for them to stay within their own groups, I'm finding it quite hard to integrate myself into their group when we don't speak a (fluent) common language. So far, I've been told by my Chinese (from China) friends that I speak Mandarin Chinese with a heavy accent. Sigh. I think I'll stick to speaking English then.

I'm thankful for the opportunity to be living in a different country at my age and exploring a new culture and language, but I felt really homesick more than a couple of times in my first few months here. In fact, I still do at times. I miss my family, my friends, the food in Singapore and even the weather! Gosh! You have no idea how much you will miss about your home country until you leave it. Just being able to speak Singlish (an interesting language made up of English, Chinese and Malay language spoken by Singaporeans and frown upon by the Singaporean government) and be understood is a joy I no longer get to enjoy. Even the lack of rain makes me homesick! I've seen a proper thunderstorm only a handful of times since my move and I miss it like crazy. Since Singapore is situated in the tropics, we enjoy a lovely rain shower every other day most months of the year. Sometimes I let it get to me when I see friends posting on Facebook "It's raining in Singapore" and all I see when I look out the window is the scorching Sun. I've been told that the rainy seasons are here and I'll be seeing more rain soon so I'm hopeful!

Despite all the homesickness I've felt, I am trying to make the best of my situation and enjoy Thailand and its glorious cheap and good street food. Om nom nom!

May this new city bring me lots of adventures, happiness and memories.

*Back in Singapore!
*Wanderlust
*Makeup Hoarder
*Majored in Philosophy